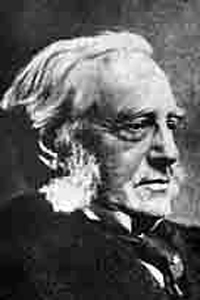 (Written from London, for the Brahmâvadin, June 6, 1896.)
Though the ideal of work of ourBrahmavâdin should always be ”

— To work thou hast the right, but never to the fruits thereof”, yet no sincere worker passes out of the field of activity without making himself known and catching at least a few rays of light.
The beginning of our work has been splendid, and the steady earnestness shown by our friends is beyond all praise. Sincerity of conviction and purity of motive will surely gain the day; and even a small minority, armed with these, is surely destined to prevail against all odds.
Keep away from all insincere claimants to supernatural illumination; not that such illumination is impossible, but, my friends, in this world of ours “lust, or gold, or fame” is the hidden motive behind ninety per cent of all such claims, and of the remaining ten per cent, nine per cent are cases which require the tender care of physicians more than the attention of metaphysicians.
The first great thing to accomplish is to establish a character, to obtain, as we say, the

(established Wisdom). This applies equally to individuals and to organised bodies of individuals. Do not fret because the world looks with suspicion at every new attempt, even though it be in the path of spirituality. The poor world, how often has it been cheated! The more the

that is, the worldly aspect of life, looks at any growing movement with eyes of suspicion, or, even better still, presents to it a semi-hostile front, so much the better is it for the movement. If there is any truth this movement has to disseminate, any need it is born to supply, soon will condemnation be changed into praise, and contempt converted into love. People in these days are apt to take up religion as a means to some social or political end. Beware of this. Religion is its own end. That religion which is only a means to worldly well-being is not religion, whatever else it may be; and it is sheer blasphemy against God and man to hold that man has no other end than the free and full enjoyment of all the pleasure of his senses.
Truth, purity, and unselfishness — wherever these are present, there is no power below or above the sun to crush the possessor thereof. Equipped with these, one individual is able to face the whole universe in opposition.
Above all, beware of compromises. I do not mean that you are to get into antagonism with anybody, but you have to hold on to your own principles in weal or woe and never adjust them to others’ “fads” through the greed of getting supporters. Your Âtman is the support of the universe — whose support do you stand in need of? Wait with patience and love and strength; if helpers are not ready now, they will come in time. Why should we be in a hurry? The real working force of all great work is in its almost unperceived beginnings.
Whoever could have thought that the life and teachings of a boy born of poor Brâhmin parents in a wayside Bengal village would, in a few years, reach such distant lands as our ancestors never even dreamed of? I refer to Bhagavan Ramâkrishna. Do you know that Prof. Max Müller has already written an article on Shri Ramakrishna for the Nineteenth Century, and will be very glad to write a larger and fuller account of his life and teachings if sufficient materials are forthcoming? What an extraordinary man is Prof. Max Müller! I paid a visit to him a few days ago. I should say, that I went to pay my respects to him, for whosoever loves Shri Ramakrishna, whatever be his or her sect, or creed, or nationality, my visit to that person I hold as a pilgrimage. ”

— They who are devoted to those who love Me — they are My best devotees.” Is that not true?
The Professor was first induced to inquire about the power behind, which led to sudden and momentous changes in the life of the late Keshab Chandra Sen, the great Brâhmo leader; and since then, he has been an earnest student and admirer of the life and teachings of Shri Ramakrishna. “Ramakrishna is worshipped by thousands today, Professor”, I said. “To whom else shall worship be accorded, if not to such”, was the answer. The Professor was kindness itself, and asked Mr. Sturdy and myself to lunch with him. He showed us several colleges in Oxford and the Bodleian library. He also accompanied us to the railway station; and all this he did because, as he said, “It is not every day one meets a disciple of Ramakrishna Paramahamsa.”
The visit was really a revelation to me. That nice little house in its setting of a beautiful garden, the silverheaded sage, with a face calm and benign, and forehead smooth as a child’s in spite of seventy winters, and every line in that face speaking of a deep-seated mine of spirituality somewhere behind; that noble wife, the helpmate of his life through his long and arduous task of exciting interest, overriding opposition and contempt, and at last creating a respect for the thoughts of the sages of ancient India — the trees, the flowers, the calmness, and the clear sky — all these sent me back in imagination to the glorious days of Ancient India, the days of our Brahmarshis and Râjarshis, the days of the great Vânaprasthas, the days of Arundhatis and Vasishthas.
It was neither the philologist nor the scholar that I saw, but a soul that is every day realising its oneness with the Brahman, a heart that is every moment expanding to reach oneness with the Universal. Where others lose themselves in the desert of dry details, he has struck the well-spring of life. Indeed his heartbeats have caught the rhythm of the Upanishads  ” —

Know the Atman alone, and leave off all other talk.”
Although a world-moving scholar and philosopher, his learning and philosophy have only led him higher and higher to the realisation of the Spirit, his

(lower knowledge) has indeed helped him to reach the

(higher knowledge). This is real learning. —

“Knowledge gives humility.” Of what use is knowledge if it does not show us the way to the Highest?
And what love he bears towards India! I wish I had a hundredth part of that love for my own motherland! Endued with an extraordinary, and at the same time intensely active mind, he has lived and moved in the world of Indian thought for fifty years or more, and watched the sharp interchange of light and shade in the interminable forest of Sanskrit literature with deep interest and heartfelt love, till they have all sunk into his very soul and coloured his whole being.
Max Müller is a Vedantist of Vedantists. He has, indeed, caught the real soul of the melody of the Vedanta, in the midst of all its settings of harmonies and discords — the one light that lightens the sects and creeds of the world, the Vedanta, the one principle of which all religions are only applications. And what was Ramakrishna Paramahamsa? The practical demonstration of this ancient principle, the embodiment of India that is past, and a foreshadowing of the India that is to be, the bearer of spiritual light unto nations. The jeweller alone can understand the worth of jewels; this is an old proverb. Is it a wonder that this Western sage does study and appreciate every new star in the firmament of Indian thought. before even the Indians themselves realise its magnitude?
“When are you coming to India? Every heart there would welcome one who has done so much to place the thoughts of their ancestors in the true light”, I said. The face of the aged sage brightened up — there was almost a tear in his eyes, a gentle nodding of the head, and slowly the words came out: “I would not return then; you would have to cremate me there.” Further questions seemed an unwarrantable intrusion into realms wherein are stored the holy secrets of man’s heart. Who knows but that it was what the poet has said—

—”He remembers with his mind the friendships of former births, firmly rooted in his heart.”
His life has been a blessing to the world; and may it be many, many years more, before he changes the present plane of his existence!

← Sketch of the Life of Pavhari Baba On Dr. Paul Deussen →