Home » Biographical » Reminiscences of the Swami

Category Archives: Reminiscences of the Swami

Vivekananda’s physical appearance as described by people who knew him 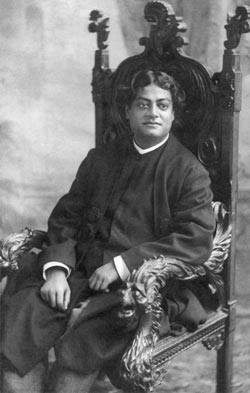 My memories are simply of him as a guest in our home — of a great personality who is still vivid to me! His brilliant eyes, his charming voice with the lilt of a slight well-bred Irish brogue. His warm smile! read more

PUBLISHER’S NOTE TO THE FIRST EDITION

MOST of these reminiscences appeared in periodicals from time to time. They are reproduced with due permission and thanks. The memories of Sister Christine are copyrighted by Shri Boshishwar Sen of Almora. In the absence of a most comprehensive term for the contributors, we have styled them as “His Eastern and Western Admirers”, though some of them are disciples, some friends, and some others admirers. The last writer is rather prejudiced. His article, however, deserved inclusion as depicting a picture not generally known. The articles are printed almost as they appeared earlier. In Sundararama Iyer’s second account, a few paragraphs summarising Swamiji’s Madras speeches have been omitted as these would have been superfluous. read more

In 1941 Mrs. Alice Hansbrough gave these valuable reminiscences of Swami Vivekananda in a series of informal interviews with Swami Ashokananda in San Francisco. They were recorded by Mr A T Clifton (later Swami Chidrupananda), who was present at the interviews. Marie Louise Burke used portions of these reminiscences in her work Swami Vivekananda in the West: New Discoveries. Swami Chetanananda and a group of Vedanta students have revised and reorganized the original manuscript of reminiscences for publication. It has been made available for publication by courtesy of the Vedanta Society of Northern California. read more

(Translated from Bengali by Swami Chetanananda)

4July 1902 was a memorable day. Swami Vivekananda, a great prophet of modern India , passed away at about 9:00 pm while he was in meditation. The flame of his life-lamp, which brightened the spiritual world, suddenly blew out in the deep darkness of night. The next morning this sad news spread throughout Calcutta and all over India . Swamiji’s disciple Kanai Maharaj (Swami Nirbhayananda) came to our house in Ahiritola and gave us the news. I was then busy performing worship in a temple nearby. I returned home before 9:00 am to find my mother crying loudly. When I asked why she was grieving, she said, ‘My son, a great calamity has taken place. Swamiji is no more. He has passed away – and you never did take me to see him.’ I replied, ‘Mother, all monks in the monastery are called “Swami”. Which swamiji are you talking about? Perhaps you have misunderstood something.’ My mother answered: ‘Oh no, Kanai came early this morning and said that the head Swamiji passed away last night at nine o’clock. He asked all of you to go to Belur Math.’ I consoled my mother, saying, ‘It is not good to express grief for the death of a monk.’ read more

(From the Unity Magazine, February 1900)

It was Bransby who invited Vivekananda to be his guest at the Home of Truth, Los Angeles read more 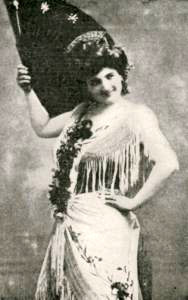 (From ‘My Life’ by Emma Calve. Translated by Rosamond Gilder)

‘In November (1897) Swami Vivekananda visited Lahore along with his disciples. He was put up in the Haveli of Raja Dhyan Singh at Hira-mandi, where Jagadguru Shankaracharya also had been put up earlier. Goswamiji (Tirtha Ram) and his students had arranged for his lectures also in the same place. There was lot of open space there, even then it used to be so crowded that it was not possible to accommodate all the people. By sheer luck, Prof. Bose’s Circus had come to Lahore then. As there was no alternative, Swamiji’s lecture had to be arranged in the Circus pandal itself.
Goswamiji listened to his lectures with great interest and enthusiasm and inspired others also to listen to him. He became so intimate with Swami Vivekanandaji that he even brought him at his residence for dinner. . . His western disciples also dined there itself. After taking his meals, before parting, Swamiji looked into the personal library of Goswamiji and picked up a book, too. read more

Younger brother of Margaret Noble, first got an opportunity to spend time with the Swami when he visited England July 31 1899 to August 17 1899. read more

The writer disturbed by the influence Vivekananda had on the Ethical Society of Brooklyn wrote a letter to the editor of the New York Times. He is probably referring to lectures Vivekananda made to this group in late 1894 and early 1895. Dr. Charles Higgins wrote a letter of response to Blauss’s letter. read more