Home » Not New But Long Forgotten

Not New But Long Forgotten

This section contains some old findings that have more or less been unpublished and unseen, as far as we know, for a good number of years 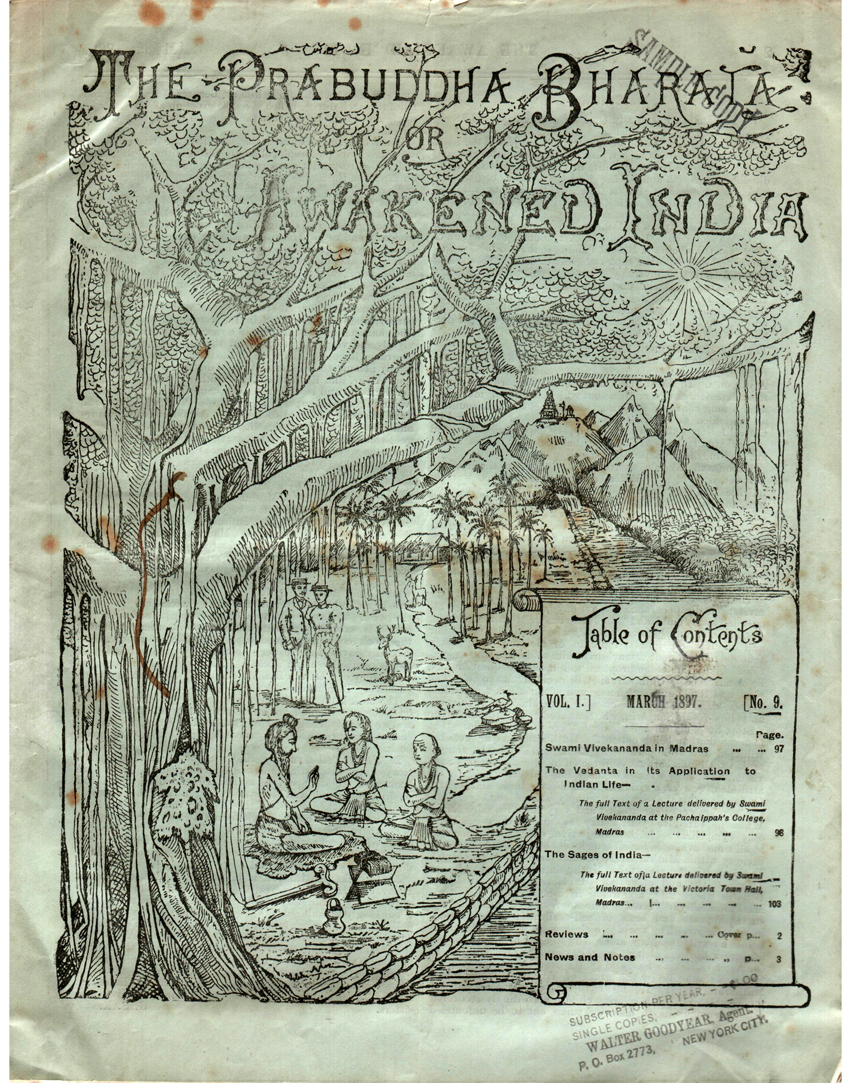 This is the front cover of the Prabuddha Bharata, March 1897 edition. 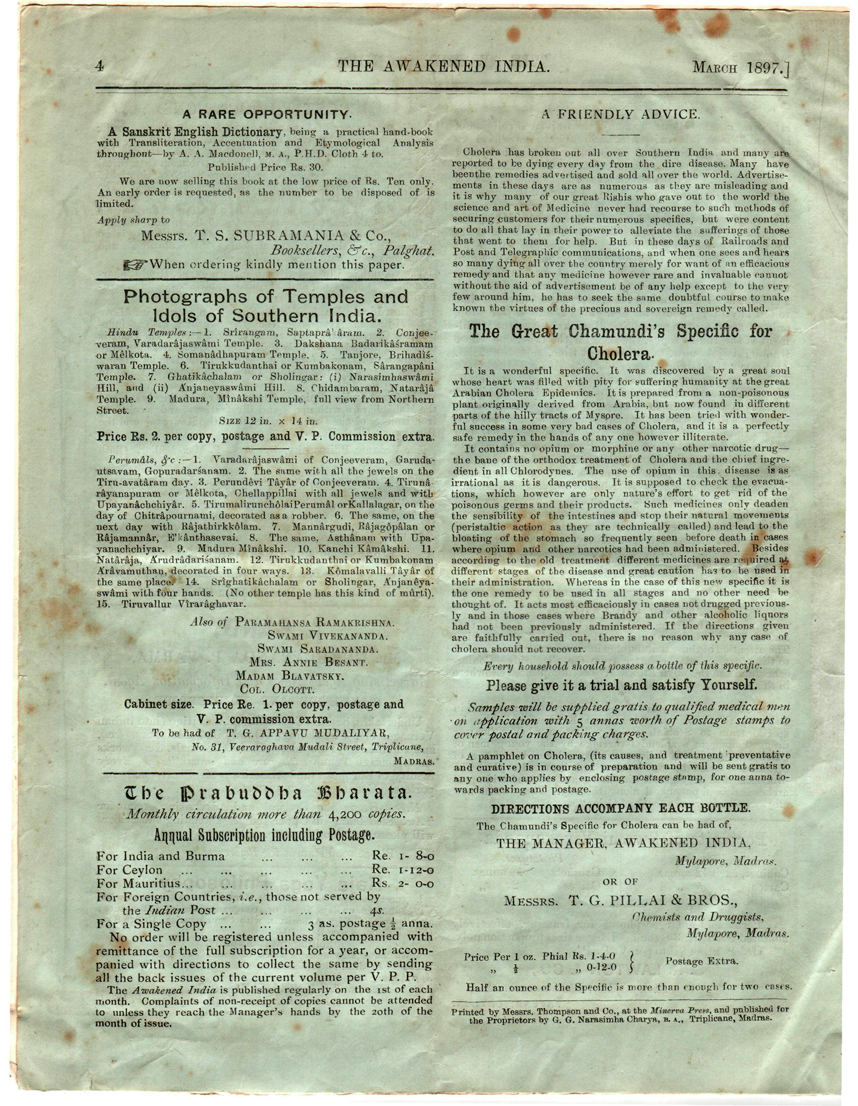 This is the back cover of the Prabuddha Bharata, March 1897 edition. It has some interesting advertisements and other items of interest. 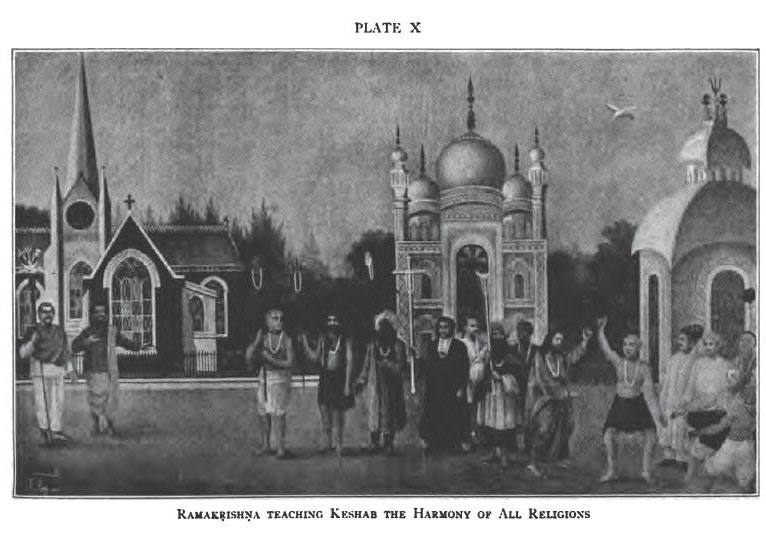 This picture has been mentioned in various publications. It is of Ramakrishna teaching Keshab Chandra Sen about the harmony of religions…. 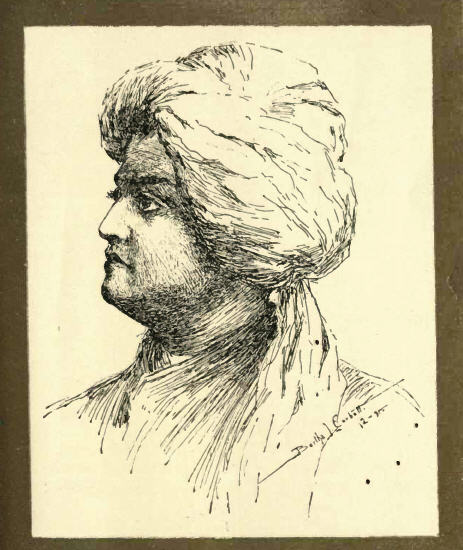 This sketch done by a Bertha Corbett 12-95, appeared in the first edition of Notes of Some Wanderings of the Swami Vivekananda by Sister Nivedita.

This is rediscovered from the first edition of ‘Notes of some wanderings with the Swami Vivekananda‘ by Sister Nivedita and is different from the version published in the Complete Works.

Speed forth, O soul! upon thy star-strewn path,
Speed, blissful one, where thought is ever free,
Where time and sense no longer mist the view,
Eternal peace and blessings be on thee!

Thy service true, complete thy sacrifice,
Thy home the heart of love transcendent find,
Remembrance sweet, that tells all space and time,
Like altar-roses, fill thy place behind.

Thy bonds are broke, thy quest in bliss is found.
And-one with that which comes as Death and Life, –
Thou helpful one! unselfish e’er on earth,
Ahead, still aid with love this world of strife.

For a comparison of the two and a discussion of the editing of Vivekananda’s poetry see editor’s notes …. On Editing Vivekananda’s letters and poetry

The prefatory note below is from the first edition of Lectures from Colombo to Almora and is written by Henrietta Muller. It appeared also in the second edition in 1904 and afterwards disappeared. Interestingly, Miss Muller was one of the generous sponsors of the Swami in England and, in India, donated most of the money to buy the land where the Belur Math is located. She may have contributed to the publication of the first edition of the book as well. 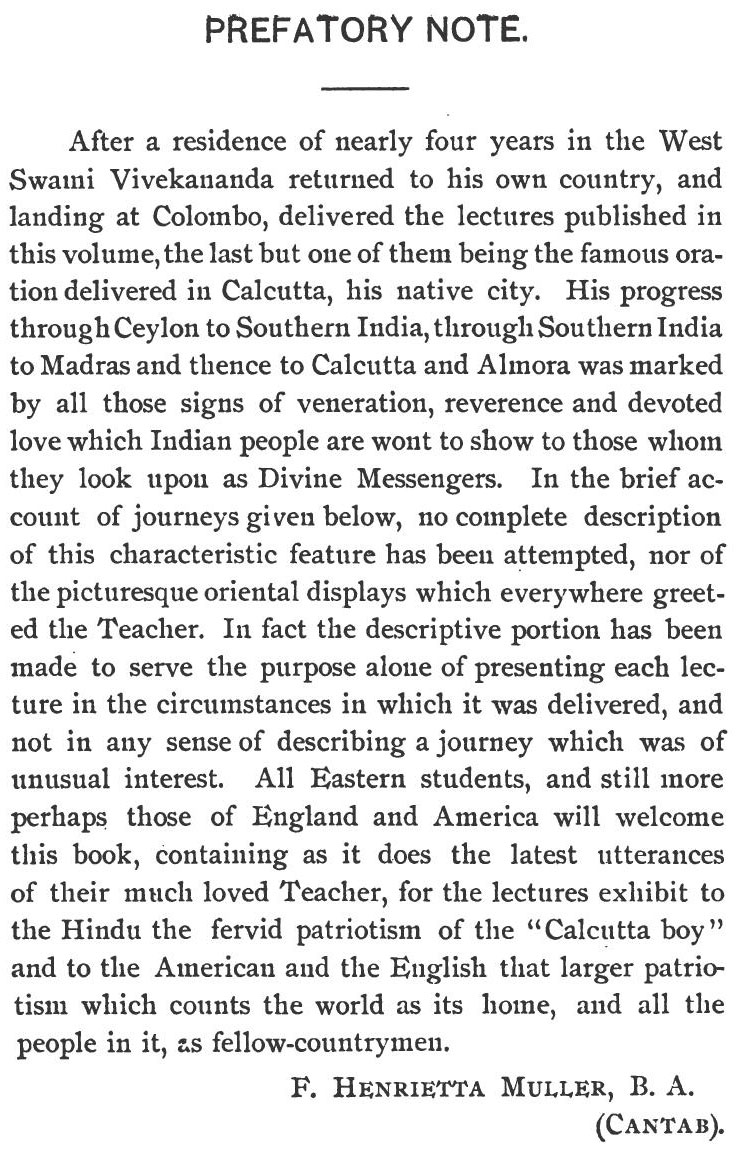